The Importance of University Education in Developing Countries

University education is more than the next level in the learning process; it is a critical component of human development worldwide. It provides not only the high-level skills necessary for every labor market but also the training essential for teachers, doctors, nurses, civil servants, engineers, humanists, entrepreneurs, scientists, social scientists, and a myriad of other personnel. It is these trained individuals who develop the capacity and analytical skills that drive local economies, support civil society, teach children, lead effective governments, and make important decisions which affect entire societies.

An educated populace is vital in today’s world, with the convergent impacts of globalization, the increasing importance of knowledge as a main driver of growth, and the information and communication revolution. Knowledge accumulation and application have become major factors in economic development and are increasingly at the core of a country’s competitive advantage in the global economy. The combination of increased computing power, diminishing prices of hardware and software, improvement of wireless and satellite technologies, and reduced telecommunication costs has all but removed the space and time barriers to information access and exchange.

The recent World Bank study Globalization, Growth, and Poverty: Building an Inclusive World Economy, by David Dollar and Paul Collier, describes how 24 developing countries that integrated themselves more closely into the global economy experienced higher economic growth, a reduced incidence of poverty, a rise in the average wage, an increased share of trade in gross domestic product, and improved health outcomes. These countries simultaneously raised their rates of participation in higher education. Indeed, the countries that benefited most from integration with the world economy achieved the most marked increases in educational levels. In addition, there is growing evidence that university education, through its role in empowering domestic constituencies, building institutions, and nurturing favorable regulatory frameworks and governance structures, is vital to a country’s efforts to increase social capital and to promote social cohesion, which is proving to be an important determinant of economic growth and development. 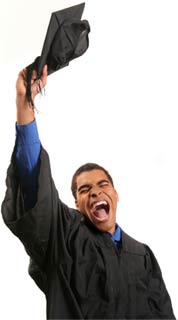