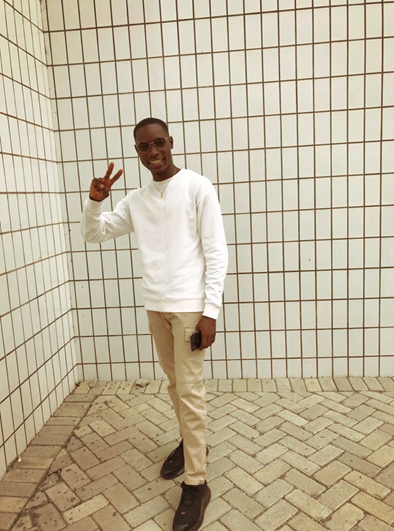 Elidad Ofosu Addo, a recent graduate from the University of Ghana and an EPI scholarship recipient, was awarded for the third time the prestigious Chinese Ambassador’s Award for Brilliant Students in the Chinese section of the Modern Languages Department at the University of Ghana. The Ambassador Extraordinary & Plenipotentiary of the People’s Republic of China in Ghana presented the award which recognizes non-Chinese students who have excelled in the study of the Chinese language.

During his time at the University, Elidad also served as the 2020/21 Ambassador for the University of Ghana Plastic Recycling Project, a student-led initiative based at the Institute of Environmental and Sanitation Studies (IESS) and supported by the University Vice-Chancellor’s Green Project. The initiative, which started at the inception of the 2018/2019 academic year, is aimed at instilling the culture of source segregation of plastics among members of the University Community.